Unlike previous Bitcoin pullbacks, altcoins are strongly underperforming the market leader during this latest leg lower. Ethereum has slid 8% lower while BTC has dropped a mere 4%.

According to Willy Woo, an on-chain and technical Bitcoin analyst, this trend of altcoins underperforming BTC is set to continue in the weeks ahead. He shared the chart below on August 24th, which shows that the Bitcoin dominance metric is primed to bounce:

“I tweeted 2 weeks ago that dominance may reverse in coming weeks and I’m seeing this may be taking place around now. In other words. BTC pulls back. Alts pull back more. BTC dominance increases. Trade with care if you’re in alts for the next few weeks.” 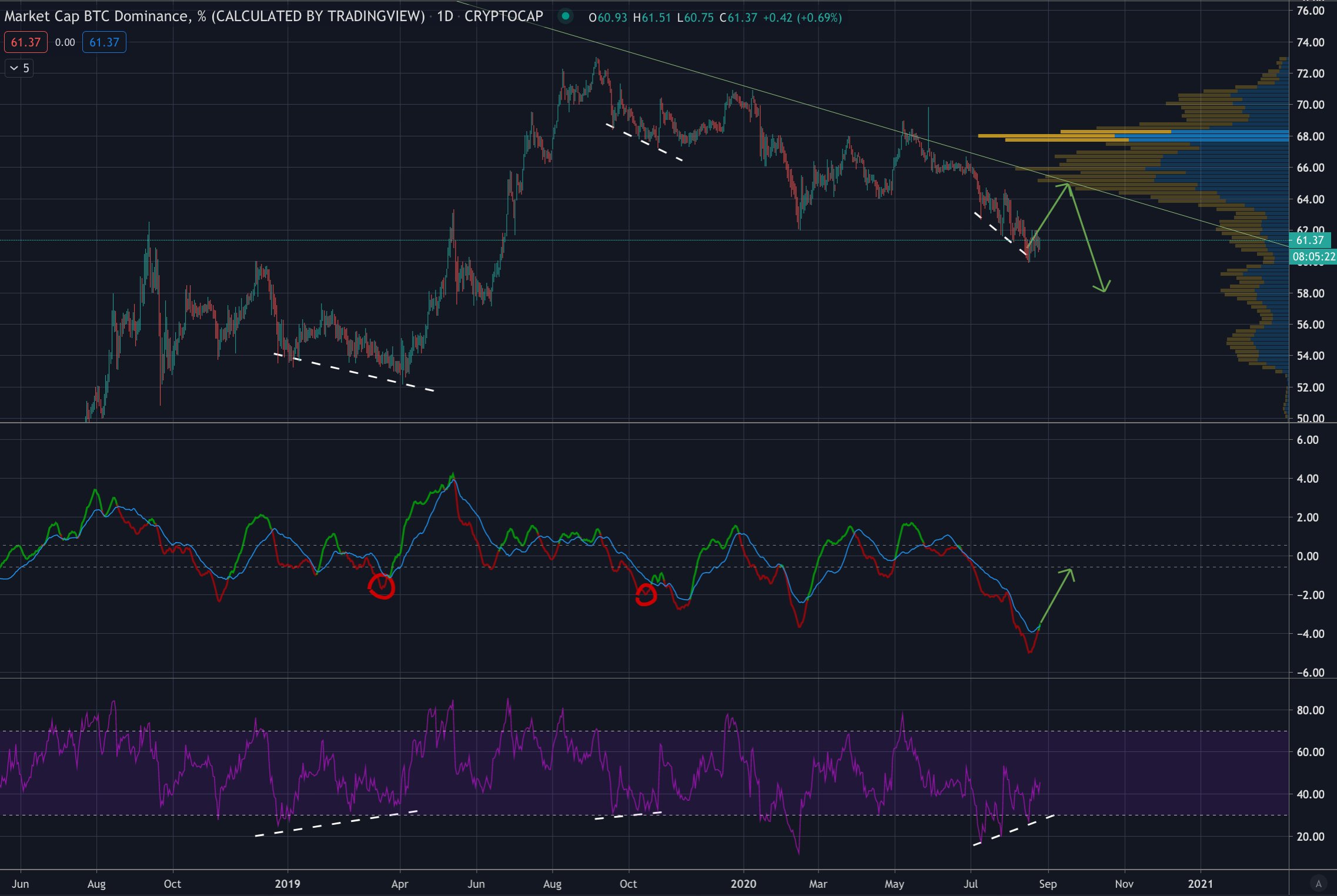 Core to his bullish sentiment about altcoins is a bullish divergence that has formed between the price action and the RSI of the Bitcoin dominance. Woo also shared a volume-focused indicator, which suggests that the altcoin rally seen over the past few months is on its last legs.

Further suppressing the bullish altcoin narrative is the impending volatility in the Bitcoin market.

Josh Olszewicz, analyst at Brave New Coin, noted earlier this month that Bitcoin’s Bollinger Bands are reaching levels not seen in many weeks.  =This indicates that the crypto market will soon see an influx of volatility.

The Bollinger Bands are a textbook technical tool used to denote volatility and important price levels for an asset. When the bands are skinny, volatility is expected; when the bands are wide, there may be consolidation as price returns to the middle band.