Chainlink Is Readying for a Bigger Correction: Analysts

A number of analysts are preparing for an even larger dip in the price of Chainlink, even after a 20% correction.

One cryptocurrency trader shared the chart below on August 20th. It shows that LINK’s recent price action has formed the first lower low and potential lower high in this uptrend. This means that the bullish market structure that Chainlink had has been broken, which opens the floor to a retracement:

“This is the first lower low and potentially lower high that LINK has made in a long time… It will be interesting to see if LINK have the momentum to reclaim this level Fair play to @Pentosh1 on his short call. I’m not that brave and would rather buy dips in this market.” 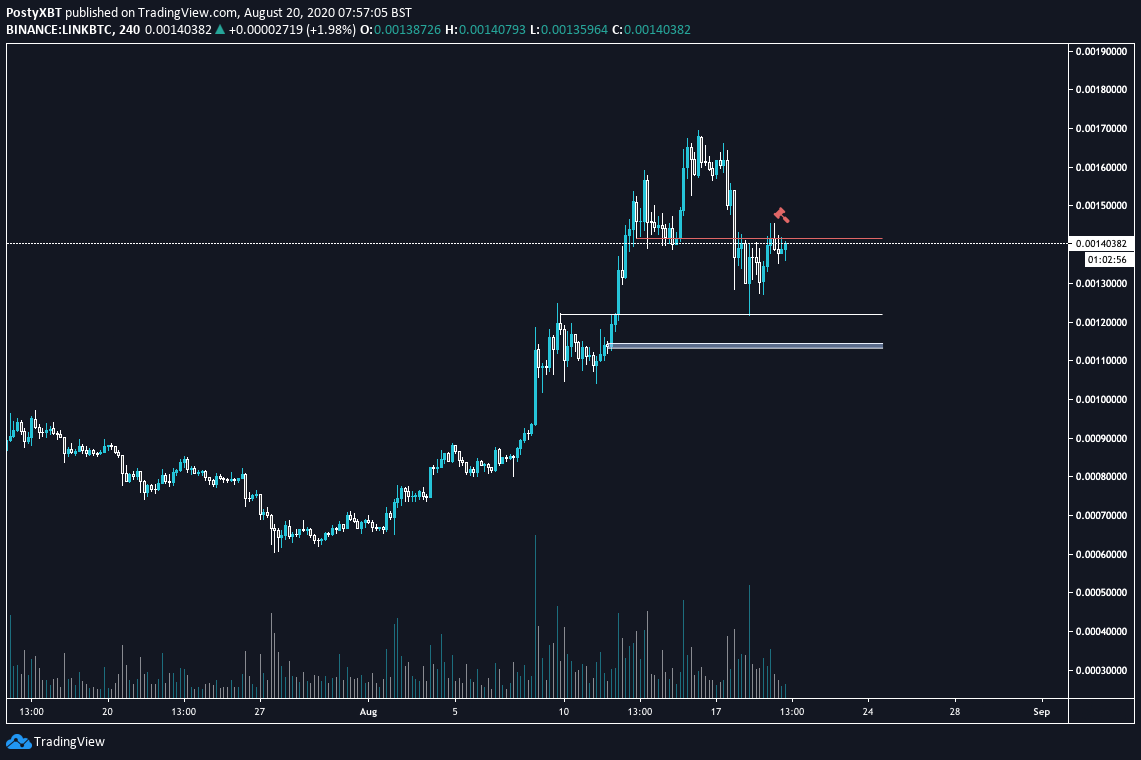 This skepticism has been shared by a number of other commentators.

One analyst that goes by “Steve” says that a pullback for Chainlink to $13.00 is imminent,

“This is a very unbiased & non-marine opinion on LINK. I have no business FUDing the project nor do I need to support it in a culty way. Facts are that we had a HUGE run-up and are now pulling back, which is good. I do see more blood coming though. Simple TA shows that we have no supports tested on the daily. Our first “bigger support” is around $8.50 (0.618 Fib Level). The minimum pull-back I am expecting is to $13.00 We also broke the daily trend for Chainlink.”

LINK’s on-chain fundamentals are still in a good state despite the ongoing correction and the expectations of further downside.

“$LINK has held up well against #altcoins this past day since its -16% Monday dump. A major reason is the fact that its unique addresses circulating transfers on the network has remained high compared to other #alts.” 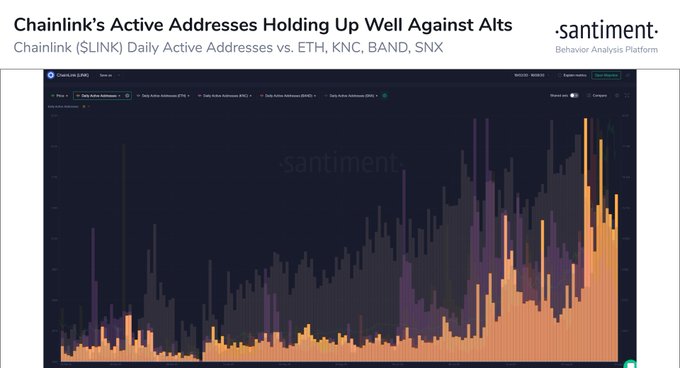