There have been multiple bearish analyses thrown around over recent days as Bitcoin fails to break above $12,000. According to one trader, though, these analyses should be of no concern.

He shared the message and chart below on August 14th. It suggests that Bitcoin’s current price action looks like textbook re-accumulation in an uptrend. Periods of re-accumulation are often followed by strong uptrends, as the trader depicts in the chart below.

Discussing how Bitcoin could soon reach $14,000 due to the ongoing re-accumulation, the trader wrote:

“#btc daily looks amazing now, more sideways in what imo is reaccumulation above a key breakout and I’m seeing beras not only posting bearish charts but some even calling for sub 3k again. What planet are you guys from?” 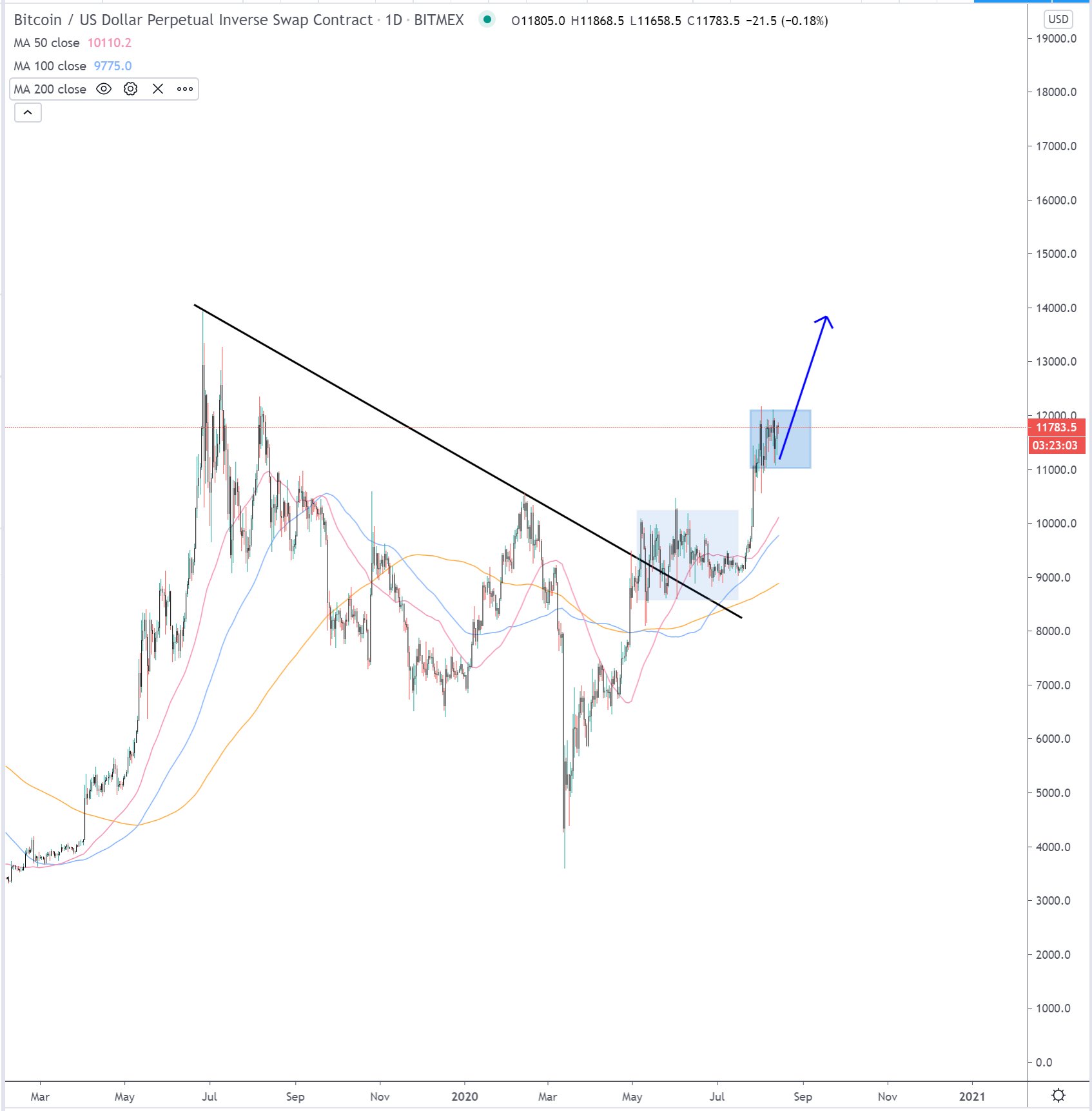 The aforementioned trader isn’t the only historically accurate individual to have made the call that Bitcoin is likely to move higher.

An individual that predicted Bitcoin would see a V-shaped reversal at the March lows shared the below analysis at the end of July, before the ongoing rally:

“$BTC giving the cleanest breakout-retest setup I have seen in a very long time whilst each corrective wave since 4K has been vertical re-accumulation This has all characteristics for a strongly extended fifth – aside from BTC generally loving extended fifths.”

Macro Trends Are in BTC’s Favor

A key reason why there are so many Bitcoin bulls is due to macro factors and the fundamentals of the cryptocurrency.

Mike Novogratz, the chief executive of Galaxy Digital, said to CNBC earlier this month that he thinks the Federal Reserve’s money printing is driving capital and interest towards gold and Bitcoin.

There’s also the news that the company MicroStrategy bought $250 million worth of Bitcoin that should help to bolster the bull case.